Doing your deliveries efficiently is better than doing them fast. You'll hammer cost-per-delivery and boost revenue. It's what every business wants! Plus, if you use these secrets I'm about to uncover, you'll finally jump a level up, compete with the big delivery shots, and get your name out there. So, can you keep a secret? 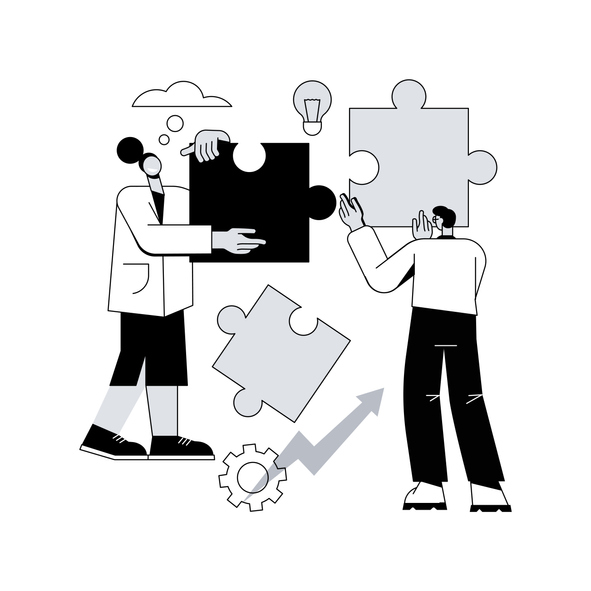 Being fast as the Flash in the delivery industry is what makes or breaks your business.

But nobody is that fast!

Doing your deliveries efficiently is better than doing them fast. You’ll hammer cost-per-delivery and boost revenue. It’s what every business wants! Plus, if you use these secrets I’m about to uncover, you’ll finally jump a level up, compete with the big delivery shots, and get your name out there.

But don’t worry, none of these secrets are big-brain stuff, but rather reflect where you might fall short, and how you can leverage technology to increase efficiency. That’s the best part about these secrets: the underlying fact is that you don’t need to reinvent the wheel to improve your delivery team’s efficiency.

Before improving the delivery team’s efficiency, know this

Before jumping the gun and spending thousands of dollars on that fancy new digital project, first look at your environment. Being all over the place and efficient on all fronts isn’t wise, either.

What’s stopping your team from doing more tasks? Which methodologies and systems are in place? What type of technology does your team use for project management? What strategies do they use for prioritizing your tasks?

Those questions paint a glorious picture of where your team needs an efficiency boost.

Ask yourself this: Is your delivery team already giving you any feedback for improvement? More often than not, looking inwards gives you a better chance of becoming an efficient wizard rather than looking outwards.

Can you keep a secret? Not everybody knows these delivery team’s efficiency boosters!

Here are fail-proof secrets for sky-rocketing your software team efficiency:

They don’t seem so hard, do they?

Let’s be honest – improving your delivery team’s effectiveness isn’t a sprint, and it certainly isn’t something that can be done in a week. It’s a marathon filled with a bunch of little struggles.

But don’t throw in the towel so soon. A mean-lean-efficient delivery team can provide you with a significant competitive advantage, regardless of whether you are:

Burn down those printers!

Not literally, I mean!

There’s one thing delivery teams hate the most – boring piles of unwanted paper. Sure, have essential documentation for the operation, support, and delivery teams, but avoid choking them with unnecessary paperwork.

Instead of filling soul-sucking forms, they could be out there smashing those software bugs and putting smiles on customers’ faces. Automate it as much as possible with digital loggers or trackers.

Imagine this: tech support staff, software devs, and the delivery team all working together with seamless change updates and admiring delivery frequency without a single printed sheet of paper.

Your delivery team has already noticed the space for improvement by the time you’re reading this article. And if you asked them what, when, and how stuff could be changed, you’ll probably end up writing a mile-long list.

They are your most precious resource at the moment. Asking for their feedback is better than bringing in some outsider efficiency guru to teach a couple of yeah-we-know-that tricks.

Maybe the team isn’t happy with how your process handles major bug escapes, maybe the bug-logging methodology slows them down, and perhaps they aren’t familiar with Scrum velocity.

You won’t know unless you ask.

In a nutshell, delivery lead time is the average time span it takes to move a working software to production.

Just bring your delivery team buckets of decaf coffee, and the DLT goes through the roof! Well, I wish it was that simple.

Here are the things that slow down the team’s delivery time:

These are the four Horsemen of DLT Doom. Try to banish them from your lands, and your delivery team’s lead time will double.

WIP (Work-in-progress) is a part of the Kanban software development methodology. Found on Kanban boards, they have one goal in mind – destroy waste found in its processes.

Buyer Beware: Too many WIPs and the value delivery takes a cannonball hit. That’s why you have to have WIP limits. It optimizes your flow while the value remains untouched.

Every software delivery team on this exo-planet should have a sound delivery frequency, which tells your clients you mean business.

Delivery frequency is how often the team sends code to production. It’s a simple definition of a code deployment iceberg. But that same iceberg has scary deepwater segments many software managers aren’t aware of.

See how deep down it goes?

What makes elite devs so highly sought after is their ability to conquer that iceberg and create multiple on-demand deployments in ONE SINGLE DAY!

They are best described with this meme.

Major bug escape is a severity level that tells you how large an area of your software is affected by it. Major bugs can derail your delivery team, from non-displayed letters and untranslated text to unprocessed bank transactions.

Having industry experts on your delivery team to contain and prioritize bug escapes is a gift sent from heaven! A contained major bug boosts your delivery team’s efficiency by getting a spot on the WIP section and becoming a numero uno in priority for the next in-demand software deployment.

Having an automatic bug logging software speeds up this process, so no manual revision is necessary.

Not all software deployments turn out great, and some have a catastrophic effect on your SaaS business. That’s why knowing the change failure rate comes into play.

It’s a part of the DORA metric that tells you the percentage of a deployed code that’ll turn evil. The lower the number (0~15%), the lesser the chance a code goes to the dark side.

Everyone wants a delivery team with a 0% change failure rate, but if you’re one of them, you’re living in a fairytale land!

Here’s the correct equation for finding out your team’s change failure rate:

If the rate is >15%, it’s time to dive deeper into why so much time goes into fixing the problem. Longer fixing time = longer downtime.

See how the downward spiral continues?

Customer feedback – a valuable resource many don’t use

Customer feedback is as important as team feedback, but with its own magical effect.

When you have customers’ trust, they are more than happy to offer valuable feedback, the type of feedback that changes your business and delivery team for the better.

But before you listen to your customers, build an environment where they feel trusted, understood, and cared for. With that checkmarked, reap that good juicy feedback with an open mind.

Here’s where you might fail: many team managers don’t like negative feedback and run away from it, but that’s leaving money on the table. It’s an opportunity to see where you fall short on the efficiency scale.

The Mean Time to React or Median Time to Recover (MTTR) is the average time to put your service back on track when a major bug or incident in your software happens.

It’s made out of two components:

MTTR paints a more global perspective by giving you services, software, or system availability. Still, it also serves as a support contract between your operations and delivery teams, such as an SLA contract.

Keeping it short: Service Level Agreements (SLAs) are contracts between internal teams. With it, every team knows its purpose, responsibilities, and metrics, which creates total transparency and ensures that everyone’s on the same page.

FYI – MTTR for the most skilled software delivery team is around 1 hour, a metric you’d get with a highly efficient and flexible team at Code Power.

You see, velocity is related to Scrum software development methodology and defines how much work the Scrum team gets done in one sprint.

Here’s the pitfall: Many software leaders will use Scrum velocity as a target of efficiency for their team, not as a metric. Velocity can’t always be the same, and it’s ludicrous to think otherwise. Aside from that, it’s worth pointing out that you should never use it as a performance metric.

These are the cases where Scrum velocity is the best tool in the shed for increasing team efficiency:

Not all software deliveries and bug fixes are the same in importance. Prioritizing will set the most valuable and urgent ones apart from the daily routine.

Think of it this way: What bug reports or WIP will bring your business to its knees if they don’t get delivered today? That is how you prioritize work and your team.

Simple as that, with no BS sugar-coated Scrum velocity or Change Failure Rate replotting at the last possible minute.

Improving the software delivery team’s efficiency doesn’t happen overnight, and it’s a process requiring you to put everything you have into it. Don’t go all-in and haphazardly implement all of the secrets above.

If you do, you’ll put additional stress on your team that they don’t certainly need, and efficiency goes out of the window. A good rule of thumb is to consult your team before setting a change failure or MTTR they can’t achieve, or demanding unhuman delivery frequency. 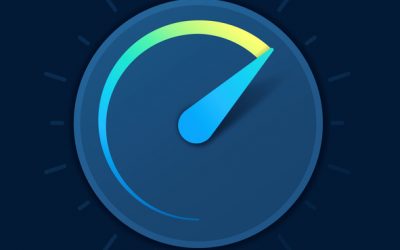 Technology companies find themselves in constant need to develop and deliver new products and services to keep up with their competitors. Having high-performing delivery teams allows these companies to create high-quality products that meet customer demands, provide... 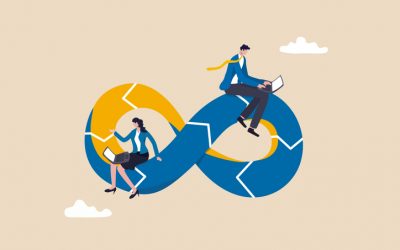 Why Delivery Teams Are Key for Better Product Delivery

Delivery teams are groups of experienced engineers gathered to make your life easier through their specific skill sets. By hiring delivery teams, you should be able to breathe a sigh of relief and allow them to take care of your projects, whether in their entirety or... 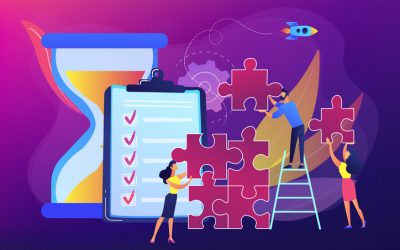 4 Ways to Measure the Performance of Agile Delivery Teams

Did you know that a study by McKinsey & Company revealed that 93% of companies that fully utilized the agile model before the start of the COVID-19 pandemic had better results than companies that didn't? Reprioritizing is a normal thing for companies that use...